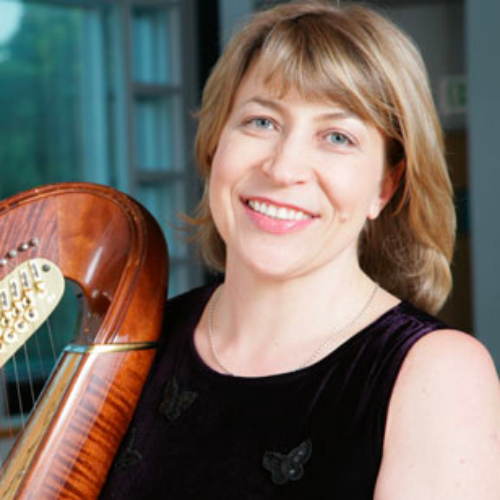 Elzbieta (Ela) Szmyt, a native of Poland, is currently Professor of Harp and Chair of the Harp Department at Indiana University Jacobs School of Music in Bloomington. She has appeared on Polish radio and television and performed numerous solo and chamber recitals in Europe, Canada, Japan, Vietnam and the United States.

Elzbieta has been a featured soloist with the National Philharmonic Orchestra inWarsaw, Cracow Philharmonic, the Czech Radio Orchestra, and the Metropolitan Orchestra of St. Louis. Szmyt has also performed and given lectures for World Harp Congresses in Copenhagen, Prague and Dublin. For the last three decades, she has regularly conducted master classes and workshops in Poland, Asia and throughout the United States. In 2013, she founded the Summer Harp Academy in Lake Junaluska, North Carolina.

She began to study harp with Alina Baranowska at the J. Elsner School of Music and continued studies with her at the Frederic Chopin Academy of Music. In 1987, she received master’s degrees from the Chopin Academy of Music (Harp) and Warsaw University (Clinical Psychology). She subsequently received a scholarship to study with Professor Susann McDonald, at Indiana University. Upon receiving the Artist Diploma degree in 1991, she was appointed to the Music Faculty at Indiana University.