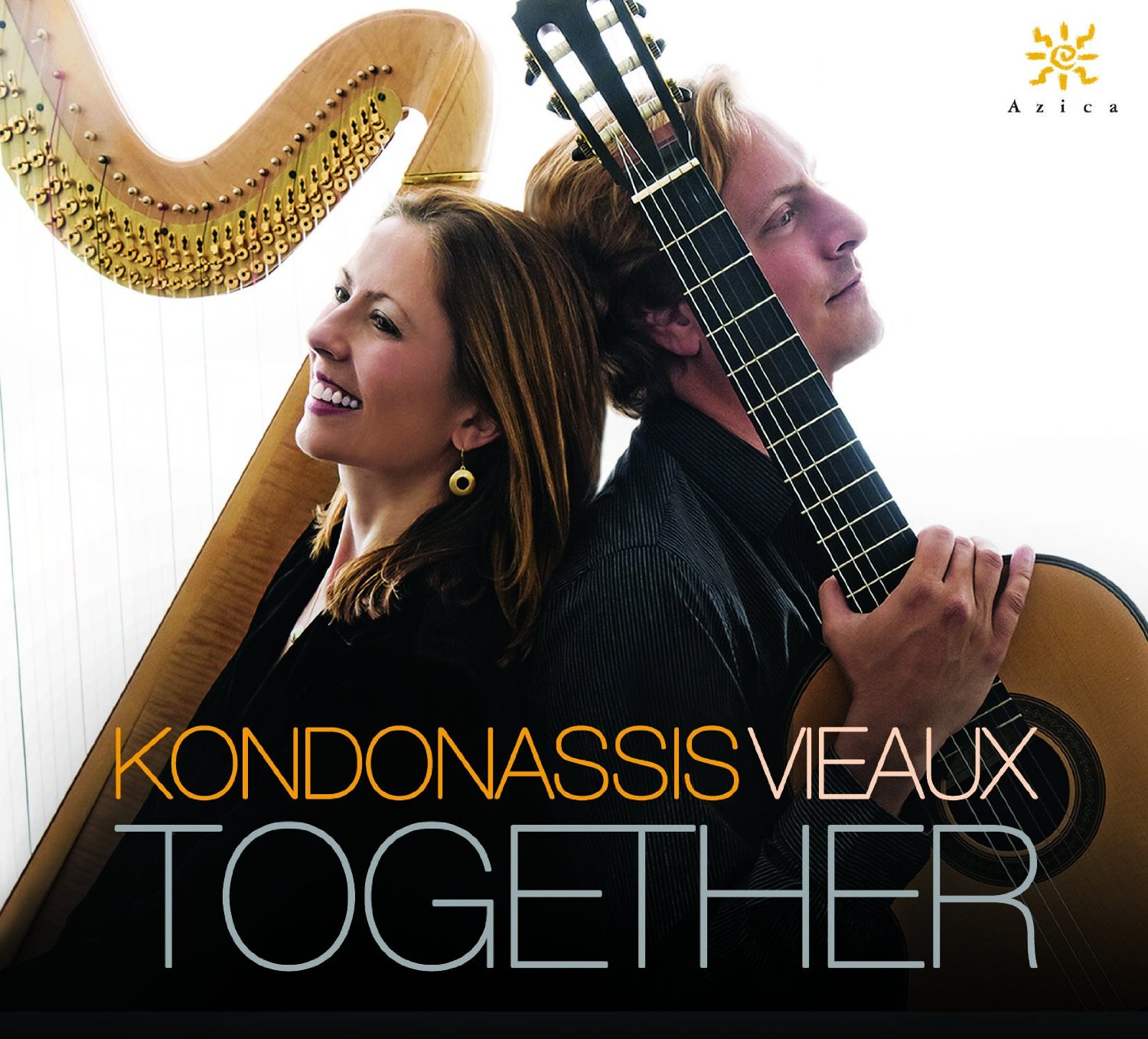 YAHS 2015 Guest Artist Yolanda Kondonassis has released the CD Together with guitarist Jason Vieaux on the Azica label. The recording features original works for harp and guitar including Alan Hovhaness’ Spirit of Trees, Xavier Montsalvatge’s Fantasia, Máximo Diego Pujol’s Suite Magica, and two world premiere recordings of works commissioned by the duo: Knock on Wood, by Keith Fitch, and Hypnotized, by Gary Schocker. The disc is the 19th major release by Kondonassis and the 13th by Vieaux, both of whom have received Grammy nominations for their work.

“What I probably love best about our instrumental combination are [the] blend and contrast—and it changes constantly depending on the register, the articulation, and the dynamics,” says Kondonassis in an interview with Vieaux about the unusual duo. “From the beginning, Yolanda wanted to do as much music written originally for the two instruments as possible,” says Vieaux. “I was not only honored, but excited about the prospect of the duo being a vehicle for new works.” The duo will make their New York debut on February 28.

Read more about the release and hear sound clips on the Together website. Buy the CD on iTunes and on Amazon.