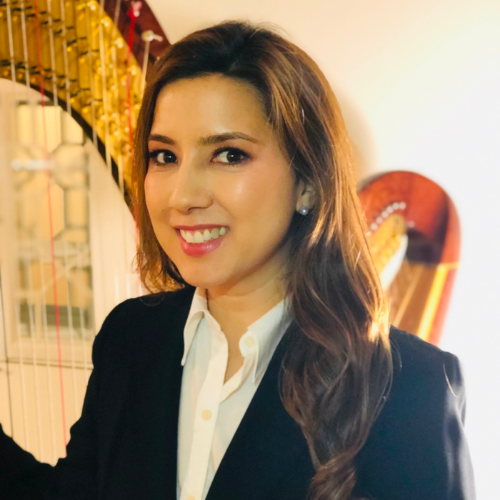 Anastasia Pike has performed widely in venues including Carnegie Hall, Lincoln Center, the Kennedy Center, the National Cathedral, the Smithsonian Institution, and the White House. She has performed with artists such as Itzhak Perlman, Renée Fleming, Kristin Chenoweth, LeVar Burton, Morgan James, Arturo Sandoval, and The Irish Tenors.

As an arts educator, Dr. Pike serves on the faculties of Teachers College, Columbia University; the Peabody Institute of The Johns Hopkins University; James Madison University; and Washington College. Her research interests include the practical education and training of the 21st-century musician; she was an invited guest lecturer at The Juilliard School, is a regular presenter at the College Music Society’s and American Harp Society’s national conferences, and has presented her work internationally. Her articles have appeared in numerous encyclopedias and in the American Harp Journal; her transcriptions are distributed by Harp Column Music. She will give a recital featuring her own transcriptions at the World Harp Congress in Cardiff, Wales in 2022.

Dr. Pike received her doctorate from Columbia University, and has master’s degrees from the Peabody Institute of The Johns Hopkins University (major: harp; minor: piano), and the University of Maryland (musicology). Her primary harp instructors were Alice Chalifoux and Jeanne Chalifoux.