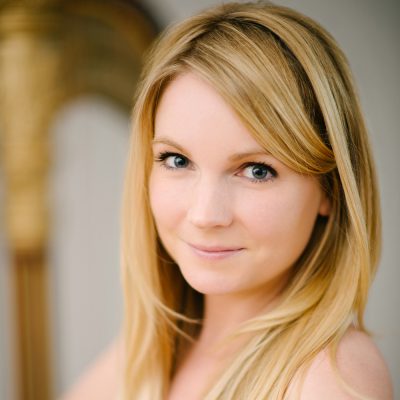 Kristi Shade is on leave of absence in 2022.

Kristi Shade is a harpist based in New York City, where she maintains an active performing schedule and a private teaching studio. Kristi is the Principal Harpist with The Chamber Orchestra of New York, with which she has recorded three albums on the Naxos record label. She is a member of the flute-viola-harp trio, Hat Trick, and the harp duo, Duo Scorpio. Kristi has performed on Broadway for several shows, including Carousel, Hello Dolly, Cinderella, Wicked, A Little Night Music, Gypsy, and The Apple Tree. She has collaborated and performed with artists such as Florence + The Machine, The All-American Rejects, The Killers, Sigur Rós, John Legend, Carlos Santana, Patti LaBelle and Sean Lennon. She holds degrees from the Manhattan School of Music (Master of Music) and the University of Miami (Bachelor of Music). She has been on faculty at the Manhattan School of Music Precollege Division since 2007 and served as the Vice President of Metroharp, the New York Chapter of the American Harp Society, from 2010-2015. Read more about her at www.kristishade.com.